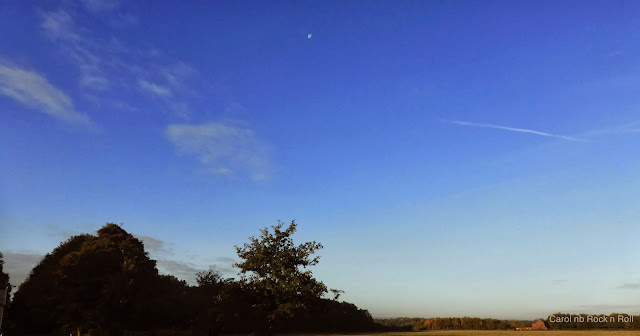 A beautiful clear blue sky greeted us on Thursday morning ... 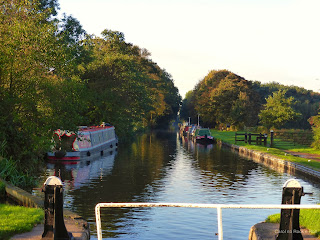 … as we leave our mooring above Shadehouse Lock at Fradley on Trent and Mersey Canal.  If you’ve got a cool £650k you could buy the much extended lock house 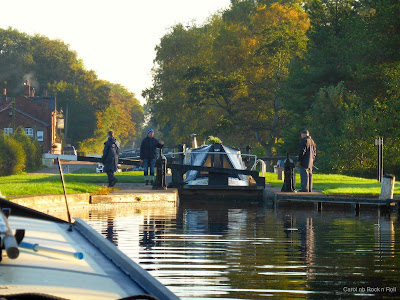 Waiting for an upcoming boat below Shadehouse, after which we turned right at the junction onto the Coventry Canal 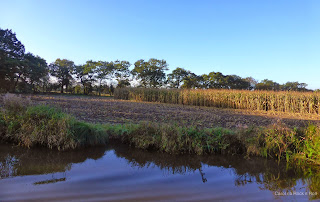 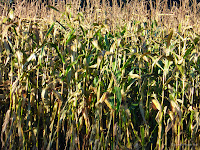 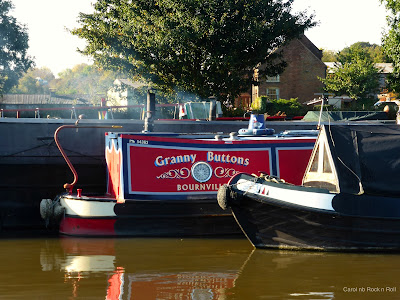 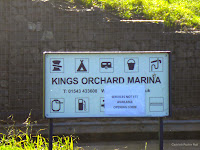 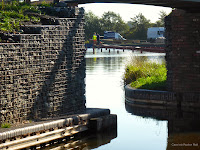 New marina but not quite finished yet ... 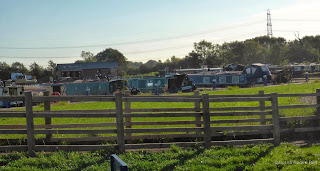 … perhaps they’ll be able to spread out a bit soon. 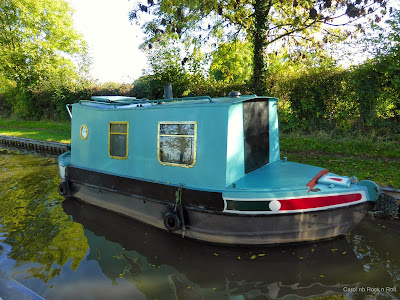 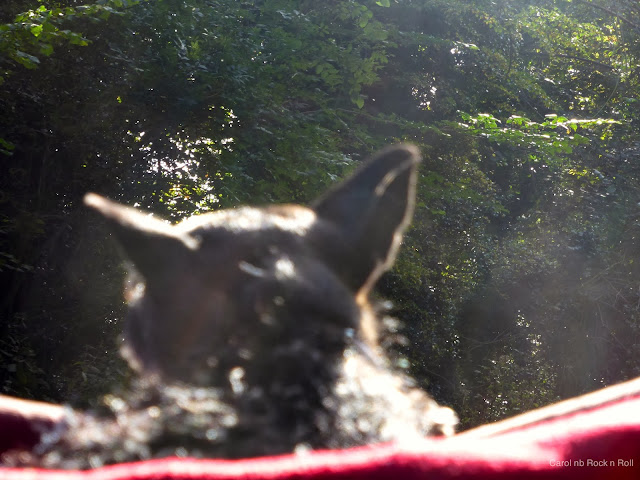 It’s been bright and breezy today as we’ve cruised through spider threads which glinted in the sunlight streaming across the canal and catching on anything in the way - including Molly’s ears!  For most of the journey she’s had one caught between the tips of her ears and streaming behind her.  The white dome of the satellite dish ended up being covered in baby money spiders and we were flicking them from our hair and faces as they landed on us. click here to watch this phenomena with David Attenborough's BBC video of ‘Life in the Undergrowth - The Silk Spinners - Flying Spiders’. 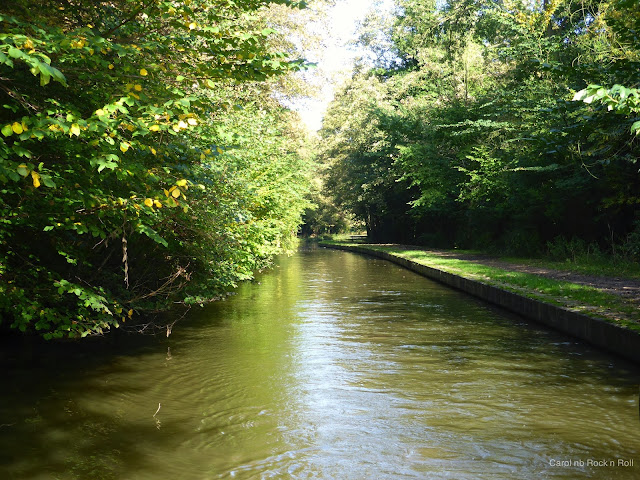 A peaceful cruise, not many boats on the move today 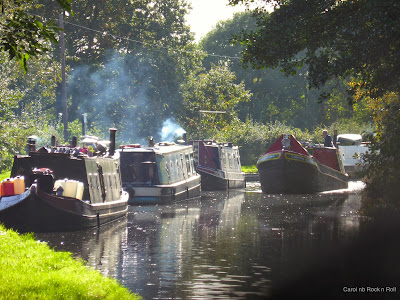 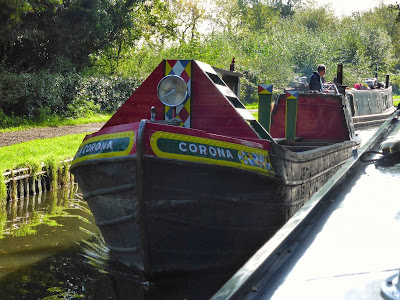 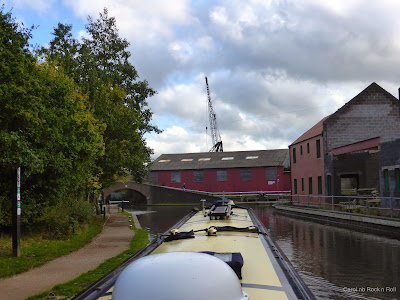 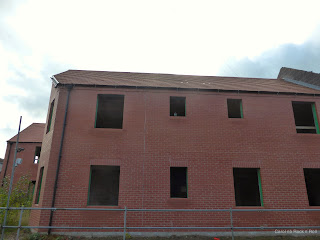 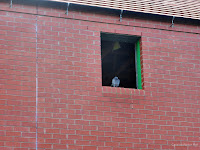 … where just one portion of the unfinished building is now occupied! 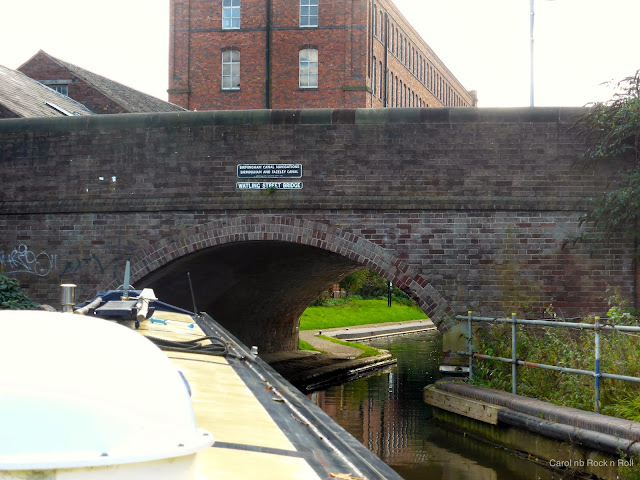 New waters for us now as we turn right once again onto the BCN Birmingham and Fazeley Canal.  At the water point near Coleshill Bridge we managed to say quick hello to Roger of NB The Cat’s Whiskers. 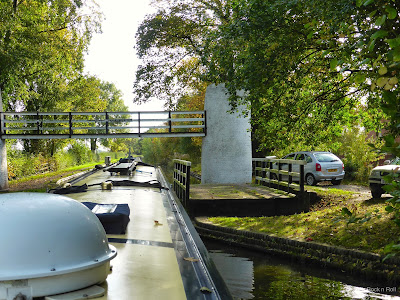 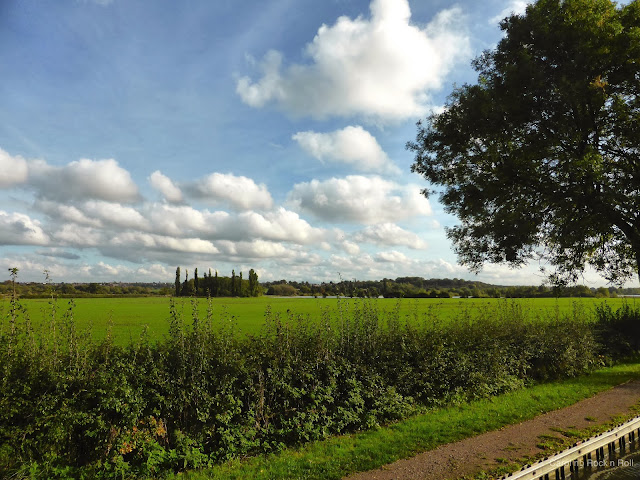 … and huge lakes to our left. 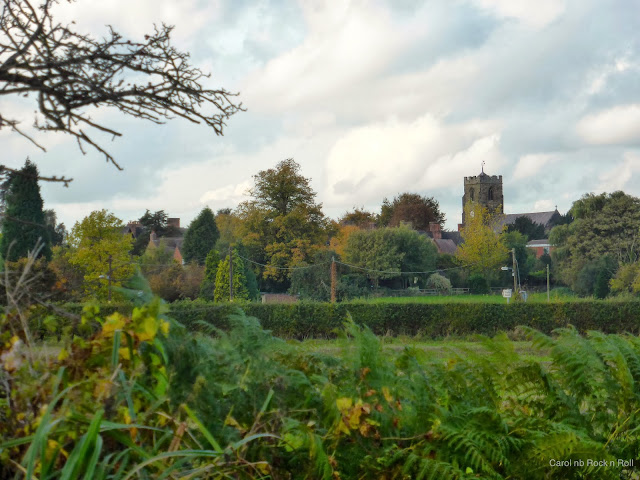 We moored up just after 3pm not far from Fishers Mill Bridge with wonderful views ... 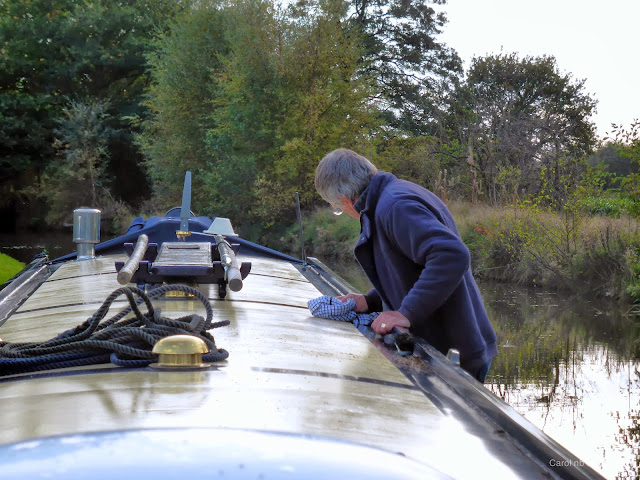 … I especially like this one of himself cleaning off those spiders and tiny seeds from our newly painted roof! 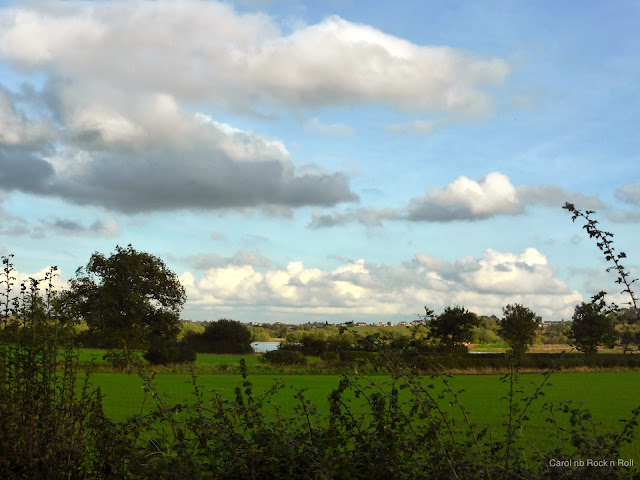 The lakes to our left I understand now to be Kingsbury Water Park - it was beautiful.

It’s been another good day’s cruising as we make our way south towards Droitwich and the start of our wide beam build Still Rockin’.
Posted by Carol at 08:53 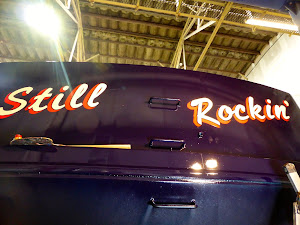